SCHOOL ANNOYANCES: Traffic Within the Halls 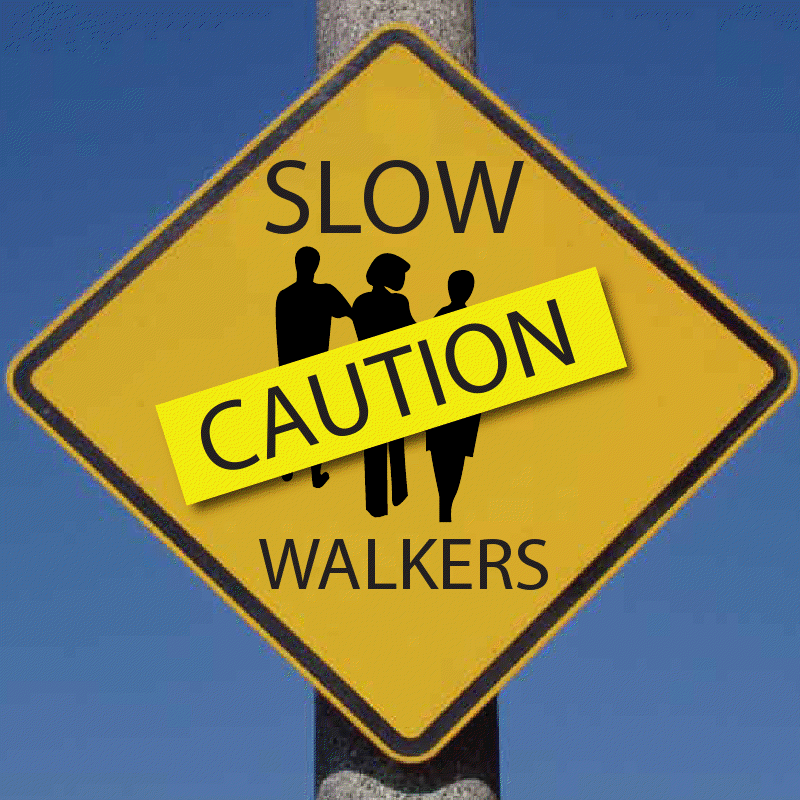 I don’t know about anyone else but I personally treat the school passing periods as traffic. I imagine the people as cars and our hallways as roads, and it truly irritates me seeing someone break these so called imaginary traffic rules.

I noticed that people unknowingly do treat the hallways somewhat as roads, they just don’t know it. Ever notice how most people walk on the right side of the hallways just like regular roads? Then again, you probably might not notice this if you’re one of the dingbats who doesn’t follow this rule and completely ruins the system and causes a number of “accidents” due to your stupidity. I think if people followed this subconscious rule of the halls people would be able to get to their classes easier and faster.

Now let me talk about the inconsiderate people who cause the biggest of traffic jams, the people who are responsible for “pile ups.” These are the people who decide it’s okay to gather in groups of 2 or more and stand in the middle of the freakin’ hallway! They block the traffic for everyone else all because they think that their 2 minute conversation is so important that they have to physically stop in the middle of “traffic” to run their mouths. People have classes to get to and places to be within the 5 minutes that they’re allowed and don’t need that inconsiderate “pile up” wasting their time and possibly making them late.

And another thing: texting and driving also applies to school traffic. Just how people can crash on an actual road texting and driving, this can happen on the imaginary school roads. Those people who live their whole life on their phones or can’t seem to go one minute without checking it, you know who you are. It’s those people who stay glued to their screens during the passing periods that end up running into someone or end up walking in someone’s way. These people also tend to walk the slowest causing people to be late and irritated. I personally hope these people trip and drop and break their phone for causing such traffic issues.

Finally, the last traffic violators, the people who go when it’s not their turn. The people who see a busy hallway bustling with people going one direction and just randomly cut through the line causing a number of inconveniences.

So my overall advice to students: don’t be that person who causes traffic issues, because then people (like me) will secretly hate you and hope you trip and fall on your face.