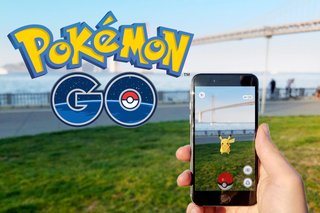 Pokémon Go is a mobile phone game that was released in July 2016. This fantasy game has been downloaded by millions of people around the world.

In the game, people go around walking, using their phones to locate, capture, battle, and train virtual creatures (called Pokémon), that appear on the screen as they are walking around in the real world. It is fairly popular and addictive among many people. However, there are many dangers to the game, which have caused controversy.

First of all, one of the biggest dangers when it comes to playing Pokémon Go is playing the game while driving. People are getting distracted when they play the game, and they are not watching where they are going, which leads to them getting into car accidents, causing more people to get into danger.

Playing Pokémon Go on the road is not the only danger to the game. Many of the dangers also occur while playing on foot. People that are glued to their screens playing the game will have no idea about what is going on around them. They may unknowingly wander into dangerous places, such as caves. Players have also entered other people’s yards just to look for Pokémon, and have ended up either getting shot or beaten up with a baseball bat. They have also entered certain facilities and have gotten in trouble for it. Remember to always be aware of your surroundings and don’t go places that you aren’t aware of.

People also have privacy concerns because of the game. Pokémon Go players use their location when playing the game, so their location is visible to anybody. This raises privacy issues because if the player is somewhere that they don’t want to make public, then they have no way to turn the location off.

Just remember, Pokémon Go may be cool and all, but there is much controversy surrounding it: driving while playing, walking into places you aren’t supposed to be, etc. If you are going to play this game, remember to stay safe and do not play alone.