Camille Rasmussen: An extraordinary mother, wife, and friend in our community. 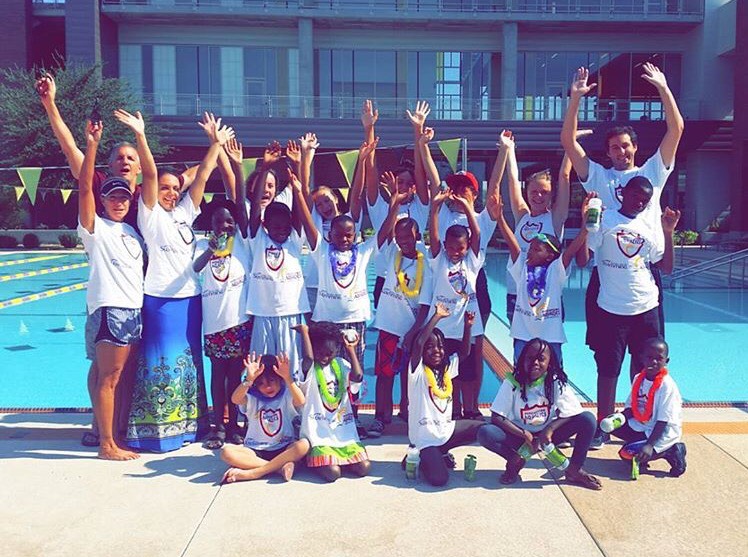 Camille Rasmussen: An extraordinary mother, wife, and friend in our community.
By Lauren Mitchell
Twitter: lauren_owlfeed

When you think of powerful women, you may think of people like Beyonce, Mother Theresa, or Rosa Parks, but I think of Camille Rasmussen. She may not have 20 grammy’s or a movie deal or even a memorial statue made, but she has done a lot of extraordinary things. Her kindness and determination has set herself from others, she does a lot for our Arizona community that we don’t realize.

Camilles life consists of her family, job, hiking, community service, and when she can, sleep. She is the mother of two-Stewart, 20, and Camryn, 14- and is married to Mike Rasmussen. Camille works for Refugee Focus, a company that helps refugees apply for resettlement. She works specifically with youth from ages 4-18 years old. To promote 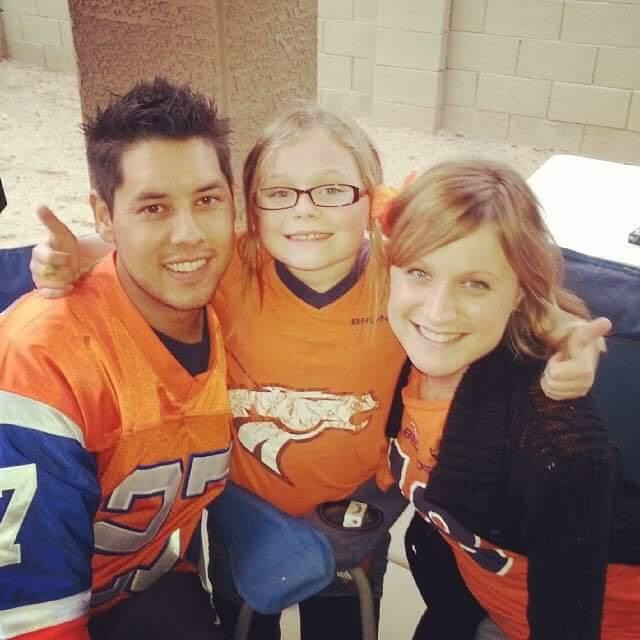 outdoor activity in Arizona, she runs a hiking group called AZSpiritsWildAndFree, her “passion aside from work and family.”

Camille was born and raised in a small town in Iowa, going to a catholic church. When she was 15 she moved to Virginia, graduated and moved to Illinois to go to college. She originally wanted to be an architect but after the first year she quit and wanted to be a school teacher for young kids.Then she moved to Texas, started working there, and didn’t go back to college. Soon she met a guy. They were together for awhile before having Camryn. Camille moved one last time to Arizona and “met my now husband, since it didn’t work out with Camryn’s dad,” and along with Mike came Stewart, Camryn’s older step-brother. Camille began working in several places like engineering, but none of them worked out until she found a refugee resettlement agency, Refugee Focus.

Refugee Focus is a refugee resettlement agency that finds homes for refugees, puts furniture in their homes and gives them groceries. Then the agency helps them find jobs, get children enrolled in school, teach English classes and take them to medical appointments. Camille works with age 4-18 year old refugees from countries all over the world like Ethiopia, Somalia, Iraq, Syria, Afghanistan, Congo, Burma. She helps placement in school and youth programming, which includes summer schools, after school programs, field trips, parent meetings, and in the community. She works with interpreters and traumatized children that went through a lot of things in wars like Second Congo war, war in Somalia and Syria war. Her job entails getting to experience many different cultures and backgrounds, and hearing a lot of different stories.

Camille talked about how difficult it can be for refugee children to go to school in America and get an education. “Imagine yourself never having going to school, you start your freshman year, you don’t speak English, you don’t even know addition or subtraction and in four years you get your diploma and you go to college,” Camille said.” The obstacles these kids overcome are insane, but they do it because they wanna go to school. So being a part of that and being able to introduce them to the schools or hook them up with a mentor or tutor, it’s cool to be a small part of that.”

A lot of people hate their job and wish they didn’t do it because it doesn’t make them happy, but not Camille. She enjoys her job and the people that come along with it. “The coolest part is working with kids who are excited to go to school because they have never been to school,” she said. Over the summer, she got to help revive five summer programs, 3 in Glendale School District, 1 in Isaac School District, and another in Alhambra school

district. There used to be only one program at Larry C Kennedy school for eight weeks with 150 kids. They got to do a swimming program with 70 kids where they met Michael Phelps and Allison Schmitt. Camille hopes to expand this next year. In an interview with her boss, Donna Buckles, who has known for Camille for two years, says Camille, “interacts very well with the staff and does a good job with children and parents.” Donna told me she has planned amazing programs and partnered with schools, community groups, and sports clubs to make a good quality program for the refugee children.

October 31st was another busy day for Camille because, as Camille says, “it seems every day is the same.” She, as usual, had to plan the day for herself, clients, the interpreters, the intern, families and family managers. It seemed that everything relied on her to run smoothly since she coordinated it all. Camille and her intern were trying to enroll two families, all the while there was a shortage of vehicles. She was running around talking to three different interpreters, four case managers, and scheduling all those to try to “get it off with a hitch,” Camille says. Then when things couldn’t make the Monday any more chaotic, her intern called saying that the parents weren’t at the family’s home and she had rescheduled them four times before. In the end she enrolled three families and got out of work at a decent time to pick up her daughter.

On July 6th, 2003 Camille gave birth to her daughter, Camryn. “Being a mother is the most important role in life,” she said. Sometimes it’s hard for her balance work and home life. Her most memorable thing she has done in her life was having brought a child into the world and caring for Camryn for her entire life. She says that it’s the most challenging thing you’ll do but the most rewarding thing. Her husband, Mike Rasmussen, explained 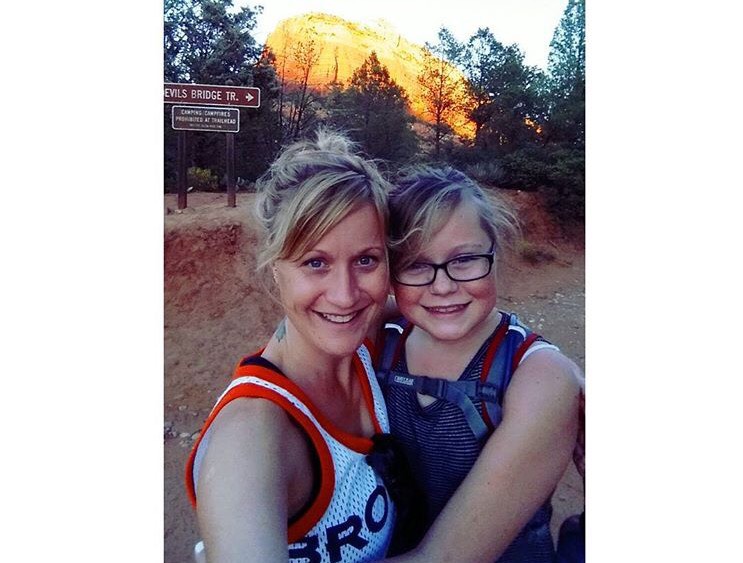 how the best thing he has seen her do is “mothering her children.” With all the things Camille does, it shows an impact on her daughter, Camryn. “She is such a good person and she volunteers a lot and it makes me wanna do these things,” Camryn says. One of the things Camryn is the most thankful for that her mother has done is getting her into Arizona School for Arts (ASA), which is really hard to get into. To Camryn, her mother is her “favorite person on earth, she is the person I’ve been with my entire life.”

Family time is one of the most important things in Camille’s life, it’s tough for her family to spend time together because she’s always busy. She personally likes to relax with her family when she can, but with “a daughter that likes to go go go” it’s hard to balance the two. Over the summer they enjoy hanging out by the pool with friends and family, it’s one of their best family times. “I think family is not what you do together, but how you spend the time with each other,” Camille said. To her it’s being together that’s most important. Her family doesn’t have to be going to roller coaster parks or Disneyland. Sitting down and cuddling is more meaningful to her.

In Camille’s free time, which in her world doesn’t seem very often, she runs a hiking group called AZSpiritsWildAndFree. “Hiking is my passion aside from work and family.” This is another thing she coordinates in her life, where she tries to make hikes run smoothly and tries to reach out to the community. A hike she has done recently was at the Grand Canyon where she started at South Kaibab trail then followed a trail and a bridge to Phantom Ranch, another bridge over the Colorado River, and up Bright Angel Trail. She

hiked about 22 miles in about 10 hours. It was the most difficult hike she had ever done and though at points she wanted to give up, she didn’t. Along the way on this hike she had gotten sick, and part of the amount of miles had been miscalculated, when she thought there was only 3 miles left there was 6 miles to go. “Upon reflection, I know the mind is the toughest to overcome in tough situations,” she said. In all, her hikes are more than just for fun but to include everybody outside “exercising and motivating themselves to do better.”

What quality best describes Camille? To her daughter she is a leader, “I think her whole life depends on being a leader and that’s what she does best,” Camryn said. Mike, Camille’s husband, said her best quality was strength because what she does needs courage. Her boss said she was dedicated because “she cares about her work and the refugees she serves.”

Camille Rasmussen is a mother, wife, friend, and a role model to many people. Camryn, Mike, her boss and I all have something in common, we think Camille is extraordinary for many different reasons. From her job to her family to hiking, she does so much that we don’t realize how extraordinary she really is. An extraordinary person can be described as someone who’s more than ordinary or remarkable, and Camille fits the definition perfectly.