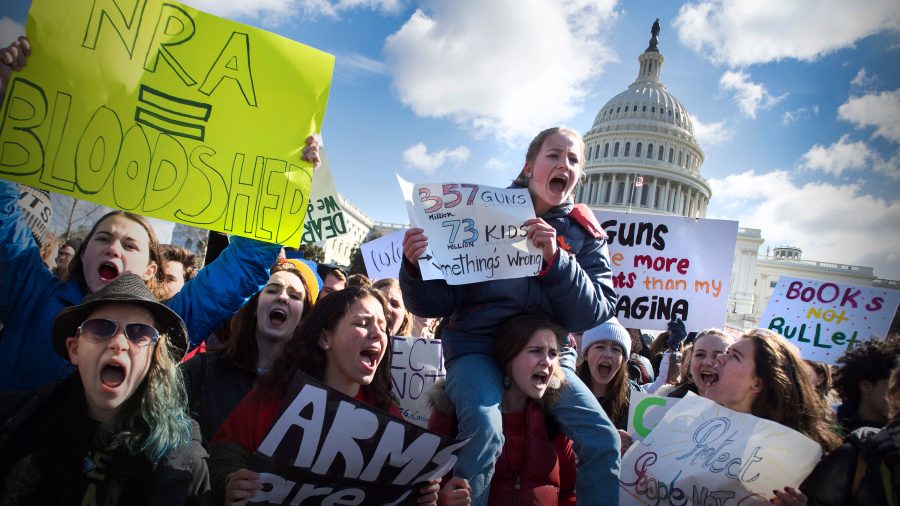 Students participate in a rally with other students from DC, Maryland and Virginia in their Solidarity Walk-Out to urge Republican leaders in Congress "to allow votes on gun violence prevention legislation." on Capitol Hill in Washington, DC, March 14, 2018. Students across the US walked out of classes on March 14, in a nationwide call for action against gun violence following the shooting deaths last month at a Florida high school. The nationwide protest is being held one month to the day after Nikolas Cruz, a troubled 19-year-old former student at Stoneman Douglas, unleashed a hail of gunfire on his former classmates. / AFP PHOTO / JIM WATSON (Photo credit should read JIM WATSON/AFP/Getty Images)

It seemed like a typical day at Stoneman Douglas High School. Students were going about their day, not suspecting a tragedy on Valentine’s Day this year. That afternoon, however, chaos broke loose when former student Nikolas Cruz showed up at the school with only one intent: to murder as many of his classmates as he could. 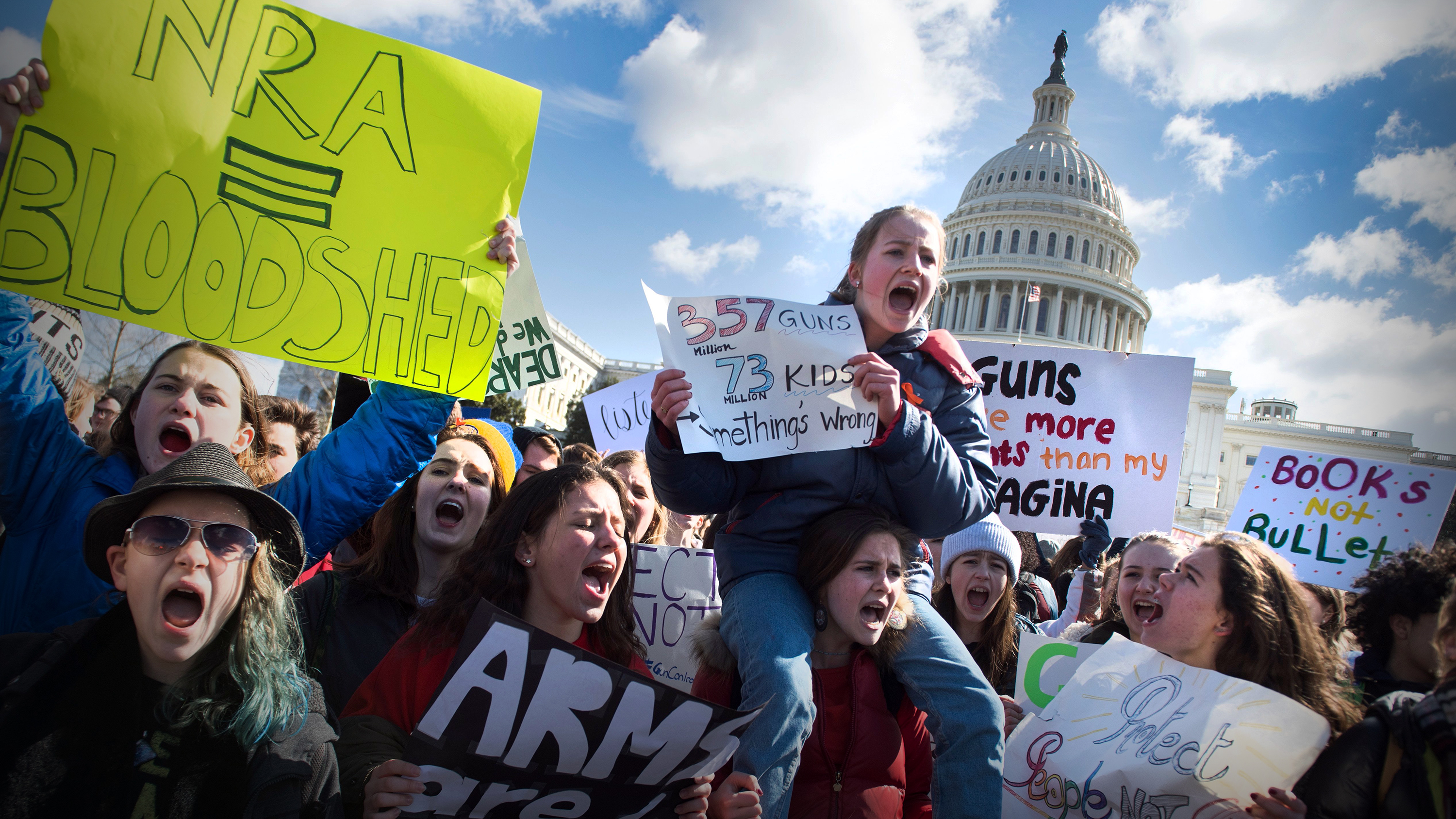 As a result, 17 innocent students and teachers lost their lives. They were victims of not only loose gun laws, but a mental illness left untreated. We can argue what exactly caused Cruz to reach his breaking point, but we can’t go back in time to prevent this tragedy from occurring. What we can do, however, is take further measures to ensure that similar disasters don’t continue on into the future.

So how does mental health play a role in this? No ordinary kid goes out of his way to purchase a gun or raid his parents’ firearm cabinet, meticulously plan how he will incite his attack, and spend countless hours living in hatred of the human race.

Our president had quite a lot to say about this. He commented on Cruz’s erratic behavior, calling the attack the result of a disturbed mind.

There are ways to combat this increasing issue, that being the fact that younger generations are getting increasingly depressed, our minds warped with the unhealthy misinformation we’re being fed. Of course, there are outlets such as psychiatric treatment and therapy, but not a lot of kids know about this. Many believe they simply don’t need it. As a society, we’re being trained to ignore these unfamiliar emotions and “stay strong”.

But with kids like Cruz, the more we push aside these red flags, the worse our problems get. That is perhaps what brought Cruz, Eric Harris, Dylan Klebold, and many other troubled kids to the route they decided to take. They felt so helpless, so angry at the world and themselves that they believed the only solution was to take the lives of others.

Self-esteem plays a major role in this, and words have a huge impact on this. Outcasts are often the ones who go to these measures, and it’s no mystery why. There’s no justification for murder, of course, but when we delve deep to understand what’s going through their heads, we get an idea of the troubles they face in their daily lives.

Bullying is not a sole factor to blame because not everyone who gets bullied would go as far as to seek revenge in such a twisted fashion. This is where mental illness comes in: when you ridicule someone who’s mentally unstable, things don’t end well. We must do our part as bystanders to step in. Even sitting next to the quiet kid at lunch can make their day.

Beyond mental illness, however, we must not ignore another significant factor many Americans wish didn’t play a role. Mental illness may be important to consider, but it’s not the only reason for this sudden uprise in mass killings.

This country takes the Constitution to heart like it’s the Bible, and thus many are protective of the 2nd Amendment. We’re lucky to have what a lot of countries don’t: freedom. And when our freedom is taken away, we make sure legislators take notice of the founding document we hold near and dear to our heart. The saying “guns don’t kill people, people kill people” might as well be the new “land of the free and the home of the brave.”

While the right to bear arms may be in our Constitution, consider this: what reason do we have for assault weapons for mere self defense?

That reason alone should not disprove the overwhelming effect of obtaining one has. Assault weapons are what damaged, teenage minds believe is their saving grace. They seem intimidating with one, for the first time in their life, and they give them the power they never had.

This is why this topic is so controversial. How can we differentiate law-abiding citizens from ones that appear as such on the outside? Not arming teachers sounds like a viable solution for this very reason.

There is no one path we can take to stop this deadly epidemic. By integrating our knowledge of past incidents, we can learn from our mistakes. Meanwhile, we must try our best to make this learning environment as safe and secure for everyone on campus.