OPINION: You Can Call Gaming a Sport, But Don’t Call Gamers Athletes 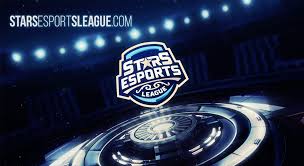 With the recent popularity of esports, the public has been pushed into a stir over the argument of whether or not gaming is a sport. This has led to many arguments but as of now there is a new controversy afloat due to the fact that many individuals have been comparing fortnite gamer Tyler “Ninja” Blevins to basketball legend Michael Jordan as the most influential athlete of their respective eras.

There are many reasons as to why gaming is in itself not considered a sport. Many argue that the activity is not very taxing. The tax on one’s fingers is taken into consideration; however, compared to every other sport it requires a lot less energy.

If sitting down and playing video games would be a sport, then the concept of eating could be considered a sport as well.

Despite these arguments it is still undeniable that video games take coordination, training and can be very taxing on the mind as it requires significant attention, focus and great reflexes. It takes time, effort and a set of skills to become a professional gamer.

Some argue that video games should be considered a sport is for its competitive nature; with that said, the pure definition of a sport is defined to be a competitive activity with strict rules enforced by live referees and firm surveillance.

“Although not a physical activity, gaming can still require a lot of energy to play,” states Agua Fria student Isaias Rivera. “After participating in a few tournaments myself, I can guarantee that gaming can run just as strict if not even more strict as that of national sports.”

Rivera expresses how he believes that although gamers may not necessarily be the bare definition of an athlete, there’s still certain aspects of gaming that more than qualify it to be a sport.

On the other hand, Agua Fria student Isaiah Elder is adamant on the fact that gamers should most definitely not be considered an athlete. “Yes, athletes are someone who participates in a competitive field to test their skills, there’s still a prevalent factor of physical ability in sports,” he said.

“Although it’s undeniable that the popular gamer Tyler ‘Ninja’ Blevins has created massive influence and spiked the popularity over the world’s radar, I still find it nowhere near how that of basketball legend Michael Jordan- a global influence in basketball contrasting a streamer who has been like any other gamer out there.”

With eSports’ spike in popularity it will be something that will be a prevalent force globally and capture the attention of many. Although yes ‘ninja’ may have an outstanding influence over current trends, it does not compare to the difference and impact that Michael Jordan has pushed.

Yes, gaming can be considered a sport. But with all factors considered gaming is an entity of its own, it should be marked as an activity revolving around the nature of competition and contest. I do not believe that gamers should be considered an athlete due to the physical prowess that correlates with the title as a whole. It a label that accentuates pristine physical attributes.

The blood, sweat and tears that courses through one’s body as they train to be an Olympic athlete or an NFL player is of a completely different level than the seemingly minute amount of time required to be a pro gamer. One must go to the gym, eat extremely healthy, and practice great discipline in become a great athlete. Should someone who merely sits in front of a T.V. playing video games for hours because they lack the desire to do homework or help contribute to their families also be considered an athlete?