OPINION: Why You Should Join Band 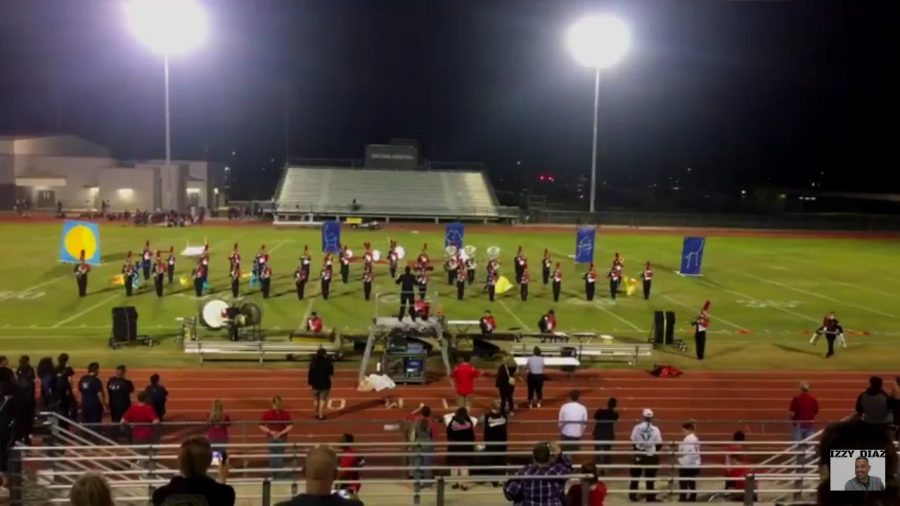 This year we had around 60 members in band. In band, nobody sits on the bench. Everybody has a job and everybody is always moving. For the 2018 season, the Agua Fria Band of Owls placed 13 in the state, drumline placed 7th, and color guard placed 2nd.

Everyone in band has to give their absolute all if we want to get better than that though, and with seniors and a few other people leaving every year, we can always benefit from new players. You don’t have to know how to play an instrument to join band. Your sections and their leaders will be there to help you get good super fast. Band is also a great way to make friends. Over the summer before this year I had band camp and practice, and it let me start the year with lots of new friends.

We need more of everything–brass, woodwinds, and percussion. Can you play piano or want to learn? We have marimbas and vibraphones! Want to annoy your parents by practicing at odd hours of the night? Trumpet! There’s an instrument for everyone and we can use all the people we can get, regardless if you can play to start with. Music lessons can help a lot with learning, but your section will always be there for extra growth.

Practices start over summer and band camp starts July 22 and goes until the 26th. It’s a daily 12 hour camp where you learn drill and music and, for new people, how to march.

Everyone in band is very welcoming and nice and we’re all excited to meet you and the other new people coming in. Both my parents were in band and they still talk about it constantly because of how fun it was. Everyone makes so many memories and new friends. I’ve made more friends from band alone this year than every other year of school combined.

“It helps with time management, you get friends, and you learn a new skill,” said Mariella Saenz, a freshman on flute, “join the flute section because we’re the best and we’re very nice and you get to dance sometimes in the movements.” As well as flute, you can play clarinet, trumpet,    saxophone, mellophone, sousaphone, trombone, and some others if you’re considering a horn.

As little recognition as band gets, it’s fun and everyone involved loves it. If you know anyone in band, ask them about joining. See you there!