Society’s Body Standards and Its Effect On Teens 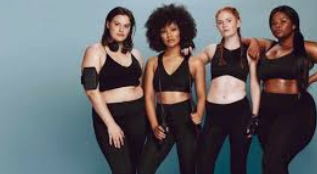 Body Image is a tremendous problem and teenagers across the nation struggle to love themselves because of how they see themselves, based on “what the perfect body” is.

“Body image is a person’s perception of the aesthetics or sexual attractiveness of their own body. It involves how a person sees themselves, compared to the standards that have been set by society,” according to Wikipedia. Standards of society can be very hard to reach, and when reached people are often ridiculed for trying too hard.

Throughout time people believe most body issues stem from female issues but men also face these issues as well, “I am pretty fine with my body sometimes, but sometimes the thought of judgment does prevent me from taking my shirt off in public places like the beach or public pools,” said Khaled A., a 17-year-old designer.

There are many platforms for body positivity and working together to keep each other up and to “be the best you, you can be.”

“Body positivity is a social movement rooted in the belief that all human beings should have a positive body image while challenging the ways in which society presents and views the physical body,” said Wikipedia.

Touching on another issue under body positivity is the idea that females are body shamed more than any males. Many think this is true, even some males. “To be honest, I think women are more body-shamed than men… If you put a plus-sized male and female next to each other 90% of the people who look will shame the woman more than the guy,” Khaled said.

There is no perfect person, there never has been. “I think the idea of a person having a good or bad body started because people wanted a reason to try and make people look a certain way,” said Anabeatrize Jurado, a freshman Agua Fria student. “But for how far it has gone is crazy, you have girls getting surgery for the littlest things, and not even knowing if it will come out the way they want it. Then you have guys taking steroids, but some don’t the money so take whatever they can with what they have, and it’s not good for them and they end up in the hospital.”

Going out and finding a way to change the image of how people think bodies should be is not impossible to change, but it is hard. The best that can be done is to bring people up every now and then with little compliments, small sets to a big movement.