OPINION: Everyone Hates Kaitlin Bennett and She Hates Everyone Too 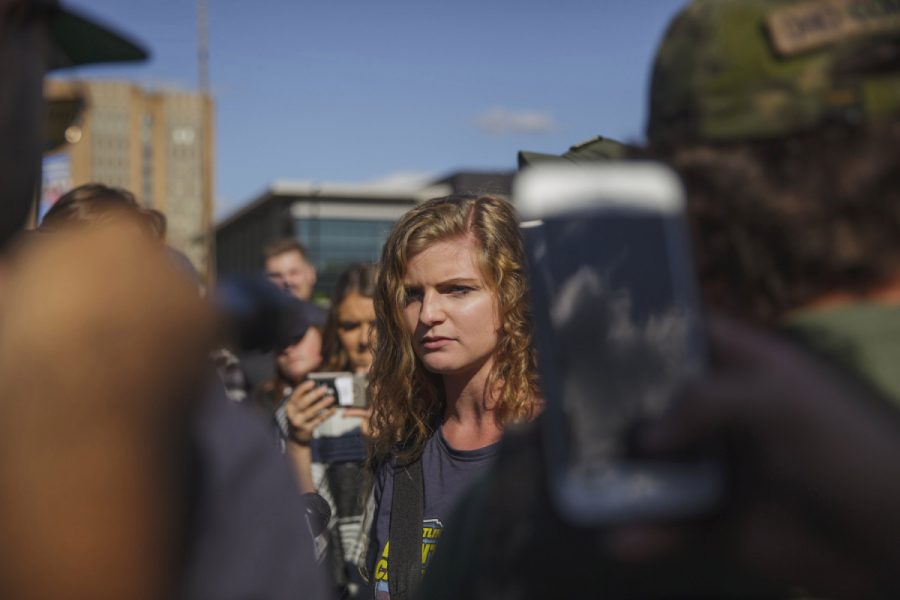 Kaitlin Bennett is also known as Gun Girl, Poop Girl, a racist, homophobic, anti-abortion activist, a Trump supporter, and many more names that should not be said out loud.

Kaitlin Bennett is an extreme gun-rights activist who got her name back in 2018 when she openly carried an AR-10 rifle at Kent State University after graduating, gaining the name “Kent State Gun Girl.” And she did it all just for a politically aggressive photoshoot.

Bringing a gun on any campus whether it’s high school, middle school or college is a disgrace, especially considering the current violent streak in American schools. Not to mention, it is horrifically disrespectful to the people directly affected by school shootings.

Bennett shortly replied back saying, “I have no apologies for my graduation photos. As a woman, I refuse to be a victim and the Second Amendment ensures that I don’t have to be.”

That was the controversy that sparked it all which brings us to February 17, 2020. Bennett visited Ohio University and an abundant amount of college students gathered around demanding she leave the Ohio University Athens campus, where she and her entourage said they were attempting to film a video.

Students were shouting aggressive language while throwing trash and food at her. Campus police didn’t even try to stop the students. Eventually, Bennett’s security team was able to back the students away from her and her team.

This isn’t the first time Bennett has been attacked by a large group of people in a public setting.

On Liberty Hangout she goes to school campuses, pride parades, protests and public areas, asking people questions and then explaining what she thinks, usually getting a reaction out of the person she’s interviewing.

Sometimes she even goes as far as to stop people on the street.

It seems like her goal is to get attention and reactions from people either in person or on social media, and she is.

A junior at Agua Fria named Raven Blankenship said, “She’s a bully. We give her way too much attention but, at the same time, it’s really hard not to because she’s a despicable person. She harassed people.”

“She’s one of those people who talks like she knows what she’s saying, but she’s a child,” Blankenship continued. “She’s only like 7 or 8 years older than most of us and she doesn’t have nearly enough life experience to say the things she does. But I strongly support those people who bullied her at Ohio State.”

Somehow Bennett manages to turn people’s hatred into her success, even tweeting back in February, “Their hatred makes me stronger.”

I personally despise her.

I, for one, think she needs to fact check herself because some of her statements aren’t always correct. Two, she needs to calm down and three, Bennett needs to be considerate when she is rebutting others’ statements.

If she respected others’ opinions and didn’t aggressively attack people, maybe, just maybe, others would hate her less and I would have some respect for her.

She’s messing with sensitive topics and if she’s not careful the next time someone could get hurt.

Bennett’s also a bully. In one of her episodes of “Liberty Hangout,” she asks a student about his thoughts on guys kissing guys. The man said, “It doesn’t bother me but obviously it bothers you.”

This isn’t the first time Bennett has harassed others. I’ve noticed she tends to make fun of people if she is losing the argument.

I don’t think there’s anything we can do to stop her, if we tried she would just be gaining the attention she wants. Bennett has the right to speak her mind, however, people also have the right to protest against her.