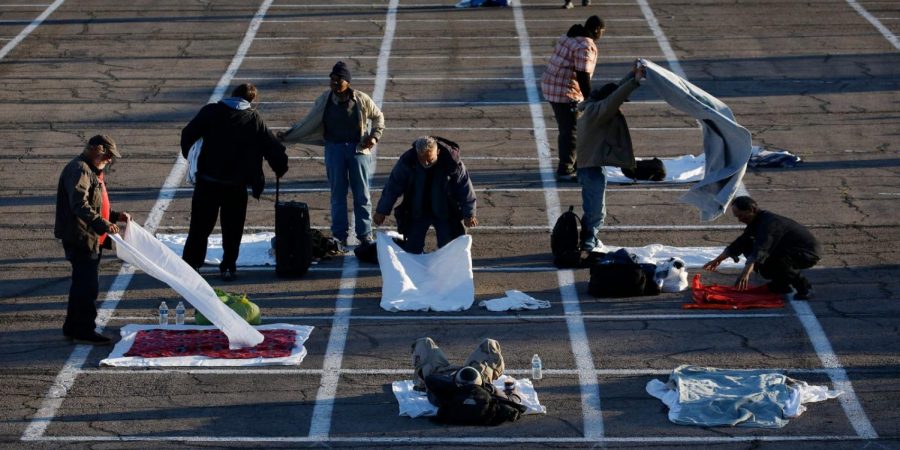 We have all been affected by Covid-19. It’s the deadly virus that has killed many and has affected every state since March 2020. Everyone fears that they or a loved one could get the virus. But has anyone ever stopped to think, what about the homeless?

A recent story in the New York Times explores how homeless residents are being affected by the virus, like Ray Colemen, a 69-year-old living in a homeless shelter on Wards Island. According to the article, he “was taken away by ambulance after showing symptoms of Covid-19. The other shelter residents were relieved until Mr. Coleman was allowed to return last week after testing positive at Harlem Hospital.”

The same article goes on to say, “At another shelter, Alphonso Syville, 45, said that as much as he tried, he could not block out the incessant coughing.”

According to Modernhealthcare.com, “Homeless people are one of the most vulnerable populations in the COVID-19 pandemic, yet they’re largely invisible victims of the crisis.”

Another article by the Associated Press described the crisis this way, from right here in Phoenix: “Nearly 200 tents stand inches apart on the scorching gravel lots, many covered in blankets for an extra layer of relief from the desert sun. Outside, their occupants sit on hot ground or in folding chairs, nearby palm trees providing no shade. Despite the 12-foot-square section painted in the gavel, there is little social distancing for Phoenix’s homeless population.”

On FoxNews.com, they said, “When the coronavirus emerged in the U.S. this year, public health officials and advocates for the homeless population feared the virus would rip through shelters and tent encampments, ravaging vulnerable people who often have chronic health issues.”

“I am shocked, I guess I can say because it’s a very vulnerable population. I don’t know what we’re going to see in the aftermath,’’ said Dr. Deborah Borne, who oversees health policy for COVID-19 homeless response at San Francisco’s public health department. “That’s why it’s called a novel virus because  we don’t know.”

As you can see we are all at risk of the coronavirus but the homeless have a higher chance than anyone of getting it. I am not going to tell you to be grateful if you have the virus. My meaning is to be thankful you have a home and medication if you do catch the virus.

As for the homeless, they have no medication and can not get any rest with the cars, birds, etc.

We should all be a little more thankful and more considerate towards the unfortunate who have no safe home in this troubled time.

So everyone in this time of crisis and pandemonium, please stay safe, and let’s mask up for those who need it the most.