What the Government Can Do to Confront Rising Unemployment 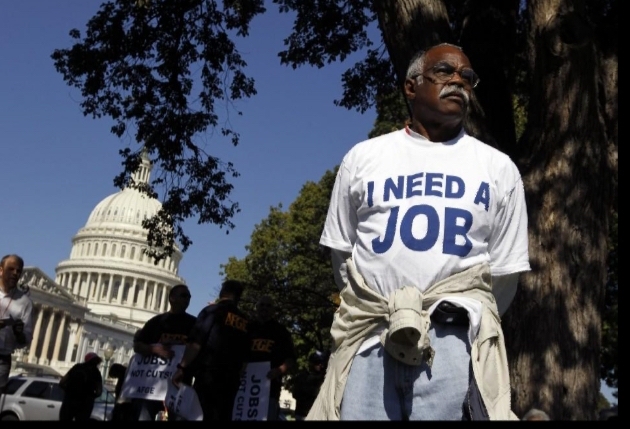 With the election over, one thing for certain is that the next president-elect Joe Biden is gonna have to deal with America’s massive unemployment problem. Back in 2016, 50,000 to 110,000 jobs per month needed to be created to prevent unemployment from rising.

During the week of Nov. 9, 751,000 Americans applied for benefits. On top of that, 362,883 workers are not even eligible for regular state benefits, but many Americans will be expecting expiring benefits, usually that means you stop receiving payment, after 13 to 36 weeks. “As they go without paychecks for weeks, some have lost their health insurance and even put their homes up for sale,” according to the Washington Post.

With unemployment already being a problem in the U.S. and Covid-19 making it worse, many claim the Trump administration failed to control the pandemic, which has led to a constrained recovery. Although the government has allowed states to change their unemployment benefits laws, our broken labor market and broken benefits systems should still be our number one priority to fix for the future. According to the Washington Post, “The sudden economic contraction has already forced millions of Americans to turn to food banks, seek government-aid for the first time and also stop paying rent and other bills.”

This method is when central banks will find a way to stimulate the economy. This will help increase the money supply and lower interest rates.  The situation with this method is that when we finally do the expansionary method, the country will already be in a deep recession.

But the goal is not to let the unemployment fall too low because then that means the economy is considered to be overheated. In other words, it means it is below the average rate of economic growth.

Another method the government is using to have better control of unemployment is through fiscal policy. Using this policy the president and Congress will create jobs by increasing spendings on government projects. A good example of this is the 2009 economic stimulus package.  This can give people more income by cutting taxes. Which millions of Americans need at the moment.

Knowing more about unemployment in the US is very important because it affects not just the people filing for unemployment but everyone else. The unemployment rate that we are at right now can lead us into a really bad future, and it could be too late to fix it.