WATTS up with the AZ Cardinals? 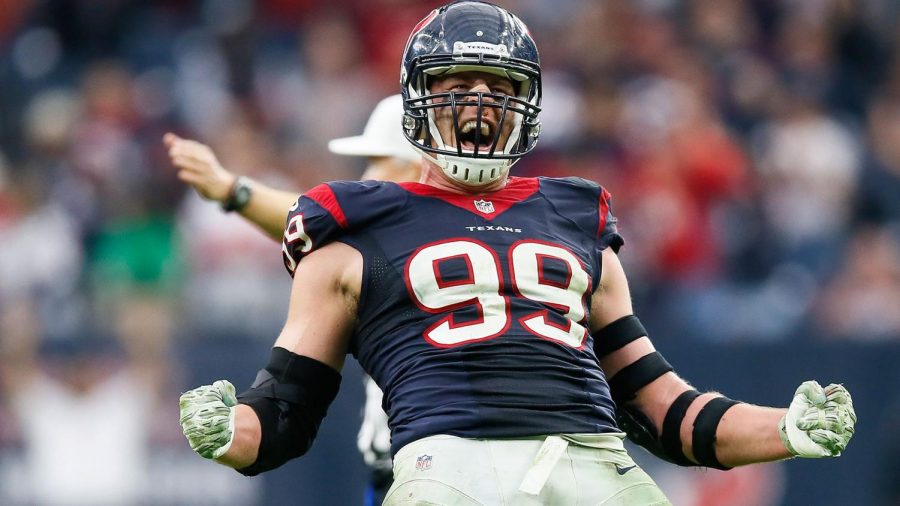 JJ Watt is coming to the Valley!

If you’re not as excited as any other Cardinals fan, then I don’t know what’s happening with you. This is a HUGE upgrade to the Cardinals roster.

How did this come to play? Watt was drafted in 2011 by the Houston Texans. You could tell by his expression he was happy to be drafted. Well, as the years went by, Watt has suffered some injuries and the Texans haven’t been winning.

From 2002, when the club was introduced to the NFL to present 2020, the Texans overall record is 139-165. They have a 79% win percentage and simply to put it, it wasn’t enough for JJ Watt or Deandre Hopkins to stay.

On March 1st, 2021, JJ Watt declared that he would be departing the Houston Texans. The AZ Cardinals already have a former Texan, superstar wide receiver Deandre Hopkins. This is surprising because two of the three Texan superstars, except Deshaun Watson, have signed with the AZ Cardinals.

People already started making memes such as, “The Arizona Texans”, etc. I’m in awe of how the Texans just let their superstars go.

JJ Watt’s reason to come to AZ may provide a little controversy. According to Sports Illustrated, in an interview with reporters from Arizona on a zoom call, JJ Watt said, “I’ve always said in this league, you have to have a quarterback to have a chance. And there’s a young, extremely talented quarterback here who can do big things and is going from year two to year three, and can take an even bigger jump to continue to grow and progress and be even better.”

In the first sentence, he said, you have to have a quarterback to have a chance. People might say, “Oh, he was just complimenting Kyler Murray,” but if you think about it, he’s discrediting the former quarterbacks for the Texans for his time being there. Now he may not have meant it like a discrediting statement, but some fans are going to take it that way and be more upset about him leaving the team.

For Arizona fans, it’s a win in our books, but for Texans fans it’s a big loss. Hopefully, this loss for the Texans doesn’t affect their season drastically.

For Arizona fans, start celebrating, we’re contending for the SuperBowl.