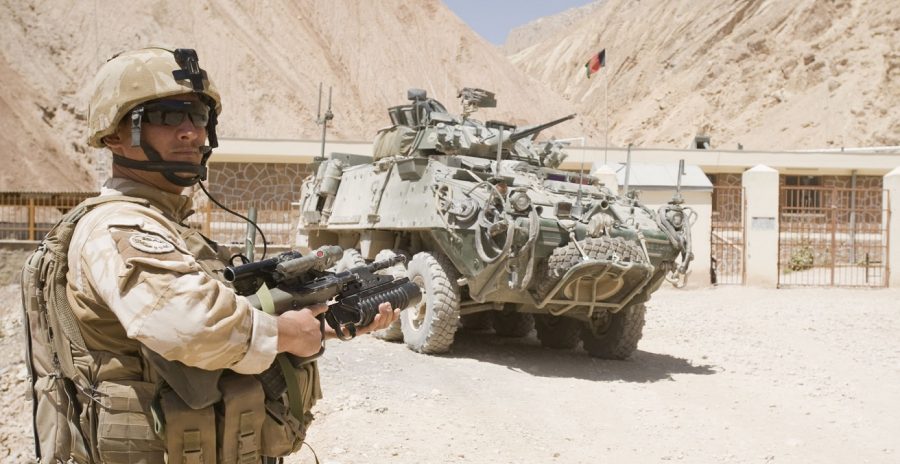 After 20 years of war in Afghanistan, President Joseph Biden has made the executive decision to pull-out all military forces. He asks the question, “How many more generations of America’s daughters and sons would you have me send to fight Afghanistan’s civil war when Afghan troops will not?”

Now, simply thinking about that question makes it seem like a reasonable decision to pull-out of the 20-year-long war. Yes, preventing more lives from being lost is admirable and honorable, but there is quite the hypocrisy in his reasoning, as the Taliban has retaken control of the country.

We went to war because of the terrorist attack on 9/11. The attacks were not carried out by the Taliban, who ruled Afghanistan at the time, but from the tolerance their government had for terror groups such as Al-Qaeda. Due to this military pull-out, the Afghan government, supported by the US over the last two decades, has now been overthrown by the Taliban.

The U.S. soldiers had zero preparation for this pull-out and were forced into fast evacuation. Most of the soldiers and Afghan allies and citizens are still stuck in the now Taliban-run nation, awaiting help and rescue from American forces. Overall, their lives are in even more danger than they were before.

The Taliban isn’t just a disagreeable government in power. They are a hardline, power-hungry, hostile group of people willing to take the lives of those who have held them back from what they want: complete control.

Soldiers are still struggling to evacuate and citizens are at home worryingly awaiting their arrival. I had the opportunity to interview an ex-Navy Seal who had first hand experience of the pull-out of Iraq during the Obama administration, Ben Smith.

“Save American lives?” Smith said, “Yeah sure we save thousands of ours there, but having forces there protects the rest of us here and those living there.”

This pull-out was done extremely messily. The military was forced to leave lucrative amounts of resources and weapons behind. “It’s only a matter of time before the Taliban seizes all of the abandoned weaponry,” Smith said.

Which in the time since this interview has occurred, has already happened along with many other events of misfortune. This unfortunately includes the most recent bombing of the Hamid Karzai International Airport in Kabul, Afghanistan, which injured over 200 and killed over 183, 13 of them being US soldiers.

This again makes us question President Biden’s reasoning behind “saving American lives.” If it was for the soldiers then why so recklessly execute something so dangerous?

Not only is it questionable for that reason, but also for the selfishness as a leader of a world power, a nation that can aid others and influence world affairs so greatly.

During the time in Afghanistan we were able to help women receive the education they should have the rights to. After 20 years, these freedoms are now being stripped from them without hesitation.

The Taliban is an extremely traditional group who believes women are only to be seen as maternal, reproductive objects. These women now have to return, or for some the first time, to be completely dehumanized and stripped from their rights.

“The ideology and thinking over there isn’t the same,” Ben said. “I’ve seen men treat women in an almost primal way. And the men don’t do much to preserve the rights of their women.”

Although this plan has been thought out for years and through multiple administrations, the execution was messy and the reasoning of it is seemingly unjustified.

This situation is so much more than saving the lives of the soldiers willing to fight. It’s about preserving and giving the best version of life possible to those who are unable to do it for themselves.

The US as a world power has a responsibility to do so. To protect its own people and to help those governed by evil, controlling forces.